Thousands of naked people took part in a mass art installation in Munich over the weekend of June 23rd and 24th. 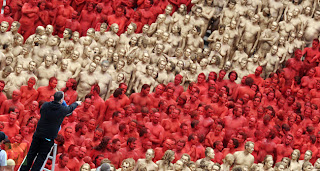 The 1,700 volunteers were covered in red and gold body paint to take part in Spencer Tunick's interpretation of Richard Wagner’s opera  - The Ring. 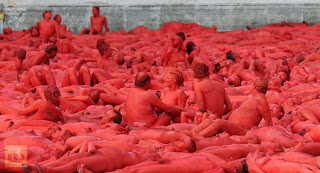 For this shoot the, the thousands of Bavarians took their clothes off and become part of a work of art by painting themselves in the water based body paint before taking to the streets of Munich. 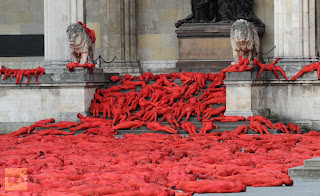 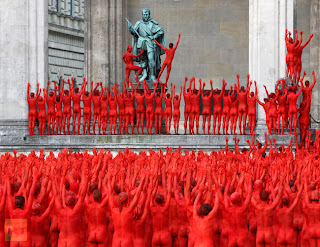 Its not the first time Tunick has worked in Germany.  He had previously shot at the Museum Kunstpalast in Dusseldorf in 2006. 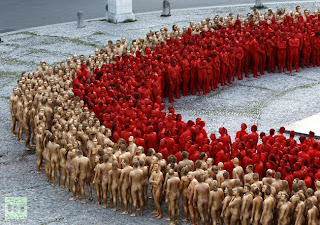 As you read this, the finishing touches are being put together for a similar shoot in Tunbridge Wells over the coming weeks.  Less body paint but just as effective I'm sure!!

Stay up to date